My Story Part 1: How I Got Started

I am amazed at who God picks to do outstanding things for Him. Just look at the guys Jesus selected as his disciples! In fact, if you look closely at the men and women He used throughout the Bible and church history you’ll discover a bunch of people who were insecure and broken, often with a crazy childhood. I suspect your story isn’t much different, after all He chose you too. Neither is mine.

I grew up in the inner city of Utica NY from a very unstable family. My parents separated when I was about 4 years old. From then until 4th grade I attended five different schools, lived in two states with 5 different families. My home life was so crazy I actually failed the first 4 grades of school. I was a mess. At this point my Mom began to settle down and my life stabilized. A teacher took real interest in me and helped me catch up academically when I repeated the 4th grade with her.

I don’t know if it was all that craziness I went through, but I was a committed agnostic by the time I hit the sixth grade. God, to me, was on the same level as Santa Claus and the Easter Bunny. You couldn’t see him. He simply met a need for immature people. I felt God was unknowable and if he existed at all, had little interest in my life or the suffering on this planet in general. I attended high school but did not excel in any way and actually skipped 40 days of my freshmen year.

It was the summer between my sophomore and junior year in high school, I was 17 years old, and I was talking to a girl on a corner in Utica, NY when some people came up and began talking to us about God. I laughed at them and told them that it was impossible to prove that God was real. I suggested they probably couldn’t even prove I was real. They invited me to come to a coffee house where people talked about God, listened to music and just hung out. I am not sure why, but I was fascinated by this idea and began to attend though I had to hitchhike across town to do it.

Little did I know that everything was changing. God was out to show Himself to me. One day I was crossing the street in downtown Utica and began to cross against the light. For the first time ever I felt a strong impression in my mind to stop. I didn’t understand this because I crossed against the light pretty much whenever it appeared to me that there were no cars around. I started to move forward again and the impression became so strong it bordered on being an audible voice. I paused again and began to step back to the curb. When I did two cars collided in the intersection in front of me so close that the glass that burst out of one of their windshields actually fell into my clothes. I realized that if I had kept going I would have been between those two cars. That inner voice had saved me.

I was taking the trash out at work the next day when a guy I had seen at the coffee house walked by. He looked different and I suddenly realized his glasses were gone. Now this guy’s glasses had literally looked like coke bottle bottoms. They were incredibly thick and distorted the look of his eyes.

I asked him, “Hey what happened to your glasses? Did you get contacts or something?” This was when contacts were new, expensive and hard to wear.
The guy looked at me and said, “You won’t believe it if I tell you.”
“Try me.” I said.

He told me, “Last night I was praying and I saw a vision of Jesus in my room. When the vision ended I could see.” To say I was shocked would be an understatement.

These experiences started me on a journey that eventually ended with the total surrender of my life to Jesus Christ. Through the church I began attending and the workers at the coffee house I started learning what it meant to follow Christ. People invested so much personal time in me I can hardly conceive of how they did it now. These faithful church volunteers were an example that shaped my life. I wanted to be like them and to give my absolute all to Jesus. 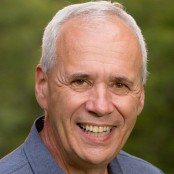 Author: Mike Cavanaugh
Mike Cavanaugh serves as the founder and director of Not Many Fathers, a ministry dedicated to mentoring emerging Christian leaders in how to make wise decisions, preach dynamically, and boldly initiate their visions so they can reach their God-given potential.

Looking for a guest speaker?

Pastor Mike is ready to impart a fresh Word to your church or staff.